The first 22 hours of our Christmas vacation were truly magical. Its probably been about a year since Brian and I actually spent a whole day of uninterrupted time together, and we were both in the right frame of mind for it. We were like a couple of giddy schoolgirls opening the door to our grand hotel room: diving into the down-swathed bed, admiring the generous baseboard, real wooden doors (solid, impressive), a bad tv (thank God, they've got their priorities straight!), the old carpets, .... but the real plum pudding was the little courtesy note on our desk reading: "complimentary coffee anytime, just phone room service" or something to that tune. Such a little thing, but we were over the moon. ("Can you imagine living like this- coffee will magically appear, by our bidding?!)

Well, the world was our oyster. Winnipeg was indulging in unusually balmy weather for December. We headed off on foot, hand in hand, the Forks our destination. We browsed through the various vendors, taking in the smells of food and drink, smiling at the diversity of humanity, even bought a hand smocked little girls dress from a sincere looking Asian man even though the girls have long outgrown the dress stage of their lives... It seemed like a genuine way to give at Christmas, to share the expansive love that was warming us both.

We had dinner in a restaurant we'd not been to before, wanting to take advantage of our uncomplicated 22 hours.(It will likely be another year before we get away again, dear). We strolled back to our hide away, choosing the riverwalk this time, giggling under the railway overpass, through the snow and lighted trees in the park, back to the Fort Garry for dessert in the intrically painted tea room in the lobbey. Even the waiter seemed well aged.

The following morning, after enjoying the coffee which had magically appeared, we set off on foot once more. We wandered down to Portage Place where I used to work in a little salad cafe back in my university days. We noted all changes that had occurred since our last visit, (has it been 10 years already?), enjoyed the diversity of people that stumbled or shopped through this downtown attempt at urban renewal. I found a skirt that had a vintage quality to it, reminded me of one I'd seen at the Forks the night before. That one was $299.00, this one $29.00. I was so thrilled, I wore the outfit right out of the store, (yes I paid, silly). Brian was equally pleased, having found the tekky gear for outdoor running at the MEC store.

We were starting to miss the kids, and wanted to share this with them. Time to head back , dress for the ballet, be a family again. But thats another story.
Posted by joyce at 9:38 am 2 comments:

Where is it written that if you are "Martha" enough to get all the bedding in the house washed, dried, reapplied... SOMEONE WILL INVARIABLY THROW UP!!! Not at a convenient time like 10 am, or 3:00 pm when you've just thought- "there now, I have really stayed above water today!". No, these eruptions come between 1:00 and 4:00 am, at the time that one's bed sheets have become a part of one's self; a cozy second skin.

As if there hasn't been enough drama recently. After Sammy's birthday, shutting down day care for a week to become a clean freak, hauling Sam to emerg to get glommed back together, intermittently running over to the church to decorate for Christmas (SURE!!! NO, I'd LOVE to do that !!!"), having my husband convince me to join him on stage at the candle light service ( I told him I'd squeak. Have you ever tried to hit the low note on your clarinet when its bone dry and cold and you've had a three year old crawling all over you, and him trying to extinquish all the church candles while you watch for your oppurtunity to perform?!)

Well, you'd think God might be trying to communicate when the clarinet squeaked, and I in my regular uninhibited way bellow straight into the mike..." OH THATS JUST GREAT! Lets start over. " Fumbled through the remainder of the song (looking like a tibetan monk, since I shaved my head in spite over the lice.) Gratefully exiting the stage, I see my gorgeous daughter running up the aisle. I am grateful for such open- armed acceptance until I match her words with her moving lips and moving feet...... MOM! come right now! Sam is BLEEDING!

Yes, of course he is. The minister, (having nothing better to do on Christmas Eve, I am sure) is holding a wild child, blood draining from his lip where teeth sunk into flesh after falling on his face trying to get back to his mother. My own lip is whining where the clarinet reed dug into it (blasted low note) .

Time to go now. Enough. Let's go sleep on our very clean sheets in our cozy house, and tomorrow maybe we could just BE?! Ahhh, but then there's the 1:00 am eruption, a call to duty
once again.
Posted by joyce at 9:46 am No comments: 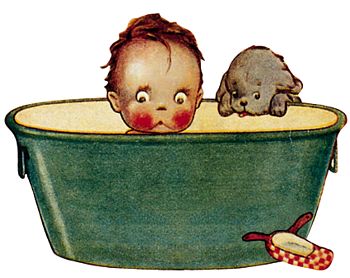 The battle of the louse turned me into an obsessive washer. Any item that may possibly have come in contact with the insidious beast was hurled into my Maytag until the belt literally screamed for reprieve. Suddenly the thought of carefree days slipping and sliding by without having bathed the kids seems almost neglectful, abusive. New resolutions formed swiftly. These kids were in need of serious hygiene!, routine! I must discipline myself into some predictable schedule of washing, washing, WASHING!

But not tonight, for TONIGHT we shall celebrate my fascinating husband's 39th birthday with some dear friends, with candlelight, fine food, wine, and conversation, and the rare privelege of a baby-sitter. AAAH...Two licks into my baked potatoe,a few laughs into comfortable (uninterrupted) conversation and the phone rings with tears and fears and tales of a bleeding baby boy.

After washing, washing the blood off Sammy's head, a friend drives us to Emergency. The Doctor snips hair away from the wound (worked so hard at keeping his beautiful blonde hair, not wanting the lice to feel they had the upper hand....) Doctor has an alternative to the traditional stitch: a form of medical crazy glue (was Humpty aware of his options?). Doctor says "this may sting a little, but will hold the wound. Keep an eye on Little Boy, keep him safe, the glue should stay and do its work. Do not WASH him for at least three days......"!!
Posted by joyce at 9:45 pm 1 comment: 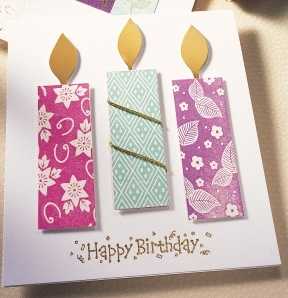 The sequence of events:
5:30 first three children arrive, tucked back into bed.
7:30 three more children
7:45 wake up the seven children sleeping upstairs, feed them breakfast, send eight children off to school
8:45 three more children arrive
9:00 feed some more children
9:15 to 10:15 mix up a recipe of cupcakes,(gonna be a great birthday!), a recipe of cream cookies, a recipe of ginger snaps (gonna be one heck of a birthday!)
10:30 dig up some candles, some "happy birthday" napkins (wow, this is gonna be great!)
10:45 take out the cupcakes, notice I have no ginger, too bad I already mixed up a whole batch of gingersnaps. phone a friend, do you have ginger? Hey, why don't you come for cupcakes? bring the kids! Its gonna be GREAT!
11:00 friend arrives, two more kids. We're up to eight preschoolers now, in case you were having trouble keeping up ( I sometimes do). Gee that kid sure is scratching her head a lot, she tells me its her new pink shampoo that makes her itchy. I check just to make sure. Line up the kids around the table,time to light the candles on the cupcakes. Everyone is thirsty, someone wants cheese. How come I have a ziploc bag full of matches, but no striker anywhere? turn on the stove, lay the match on it til it lights. Okay, light the candles. Yes, I know you are thirsty. Ok, yes, lets sing happy birthday, THEN I'll take you to the potty. Gee, that kid must really be reacting to that Pink shampoo. Hey, ginger friend, would YOU mind checking her head: I know you've dealt with this before, thanks.
11:10 We have uninvited guests. They are small, they are itchy.
Posted by joyce at 9:38 pm 1 comment: