In search of a new best friend. Immediate occupancy. 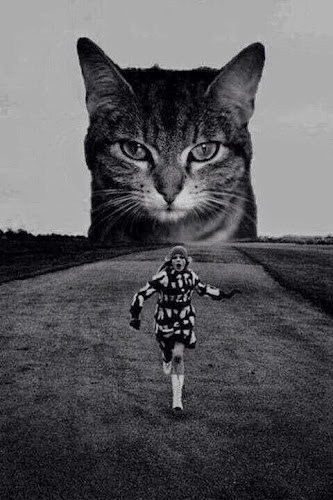 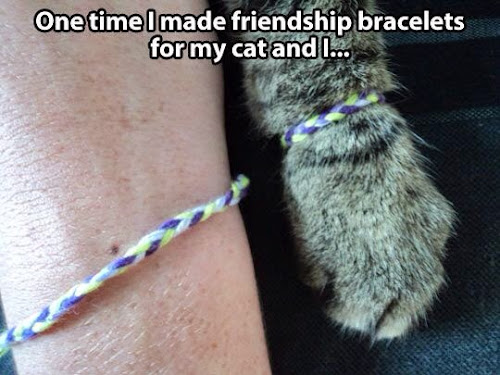 Loving actual cats in real life is optional. Vacuuming after a real cat, litter box cleaning, and nursing scratches are not required. 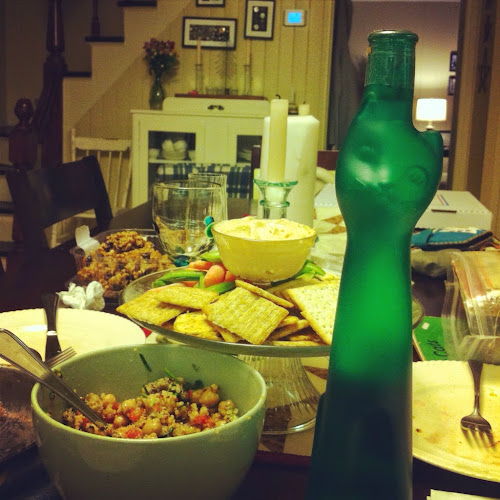 But really, my standards are getting lower all the time. The clock is ticking- tonight is the Cat video festival at the Winnipeg Red River Exhibition!

You've heard about the Internet cat video phenomenon, now come see it live in person! Bring your friends and your family to check out crazy cat videos. Really get in the spirit and come dressed up in your favourite feline attire. - See more at: http://www.redriverex.com/entertainment/main-stage/#sthash.7BUriVbJ.dpuf 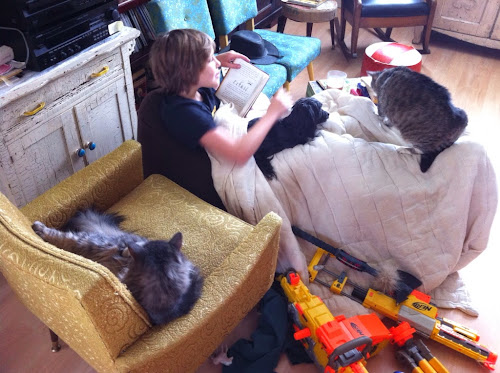 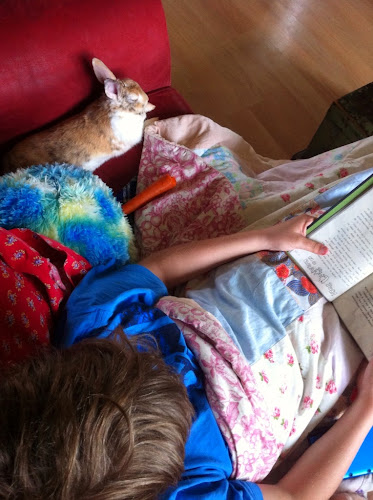 But he's fickle. Flighty with his allegiances. 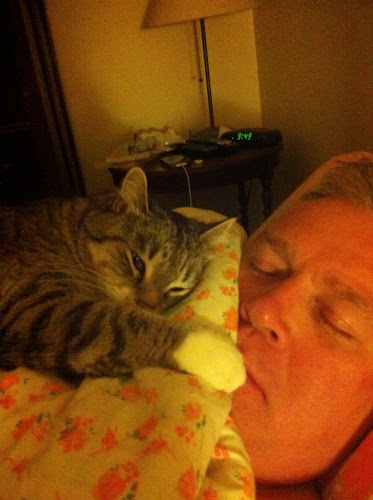 I once found Brian covered in cat, but it turned out to be an act. A sort of irrisistable temptation for me. 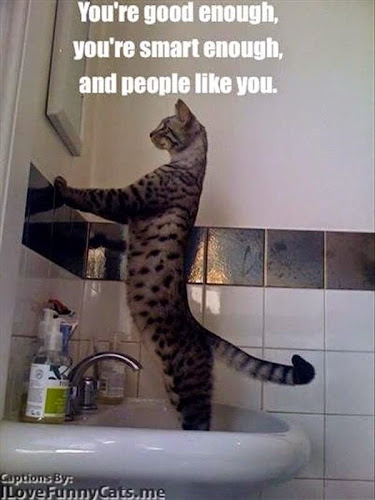 It's all starting to get to me.

I mean- people call me "friend"! And yet- where are they when I need them?

Sure, its all fun and games when they want me to attend their stupid baby showers, daughter's wedding, and lame retirement parties. But when my favourite cat band comes to town? Nada. Nothing. 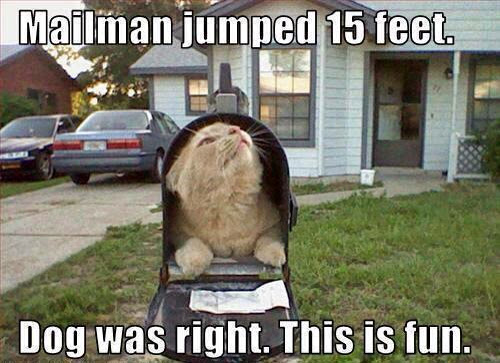 I mean- cat memes are fun! 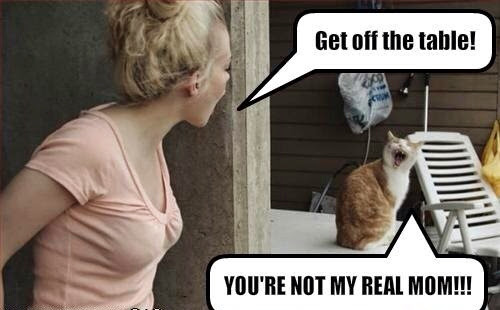 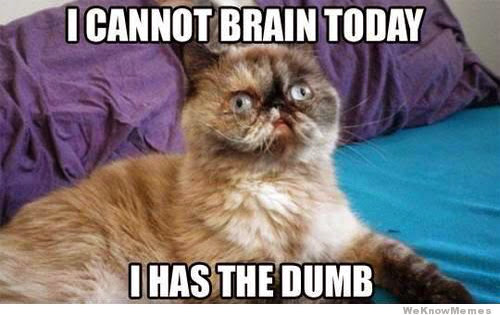 Cats don't ask too much of us. 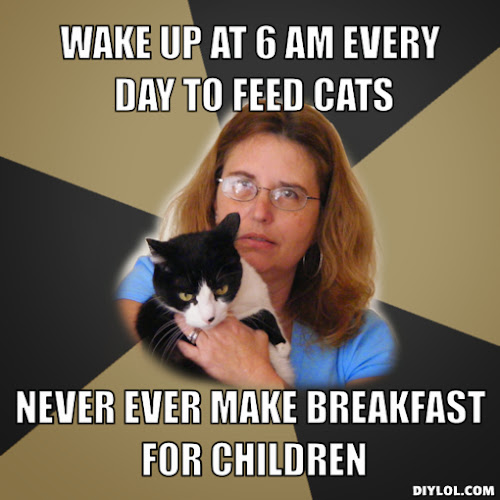 Anyway, I thought I'd start on the blogspot before branching out into kijiji personals. If I get no solid leads by about 3 pm today, my ad will look something like this:

46 year old female in search of new companion(s).
Willing to forfeit all prior allegiances to previous so-called "friends".
Successful applicant must be available on Wednesday, June 18.
must feign interest in cat video festivals.
I can be reached by email, text message, or cat messenger.

Posted with Blogsy
Posted by joyce at 8:31 am 3 comments:

I don't expect this to be interesting for anyone, really. I do want it recorded, since my memory is a pathetic black vacuous hole.

Blumengard is where my dad was born and grew up. He returned as an adult with his wife and four young kids to the farm he purchased from his Uncle Martin for $12,000.

Dad once said he would like to be buried here. 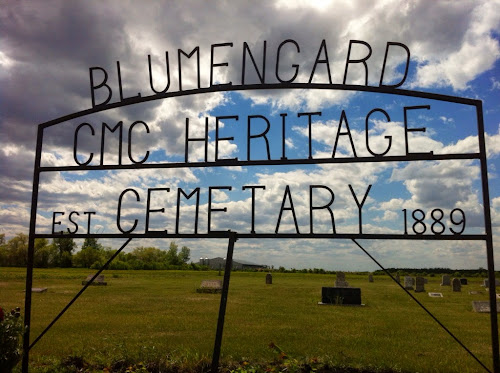 when I was growing up, just across the field from this cemetery, I used to wander around in here, imagining the people who had lived and died before me. Last weekend, on my way to visit my dad for his 92nd birthday, I stopped again. 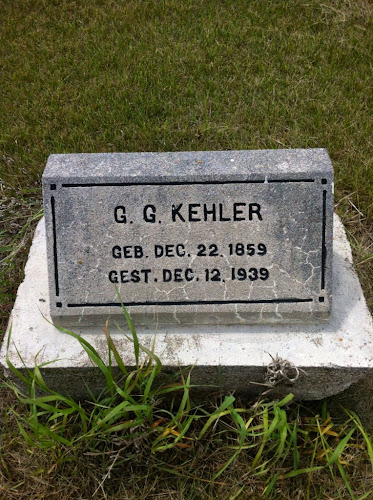 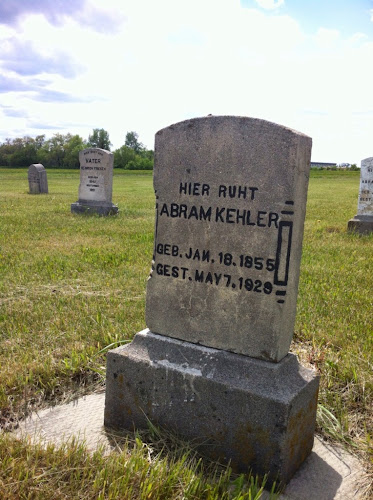 Abram Kehler was my dad's paternal grandfather. They lived together and my dad was his favorite grandchild. Dad likes to tell the story of having been a sickly child and his grandfather holding him on his knee and reciting- (in German)

"Abey, Abey, what will ever become of you? You'll never make a farmer, but perhaps a fiddle player".

Dad likes to tell us this, because he grew up to become a successful farmer and was rarely sick. Every spring and harvest as he made his rounds on the fields surrounding grandpa Kehler's gravesite, dad would imagine his shock at seeing dad operating huge implements- if he could poke his head out of the grave.

And my dad never played the fiddle. 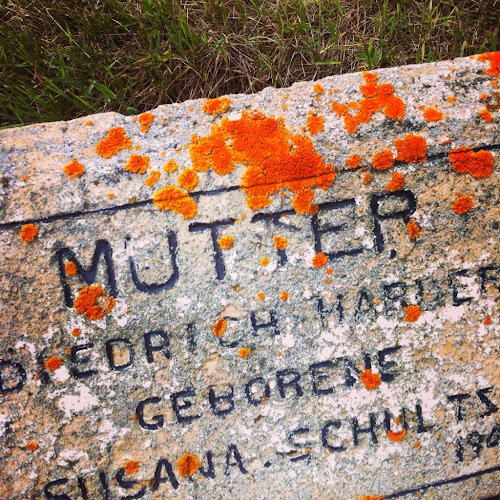 I took this picture because I thought it was beautiful. "Mutter" means mother.

This is the tombstone of Susana Schultz, who lived on the farm I grew up on, before Uncle Martin.

She was somebody's mother. 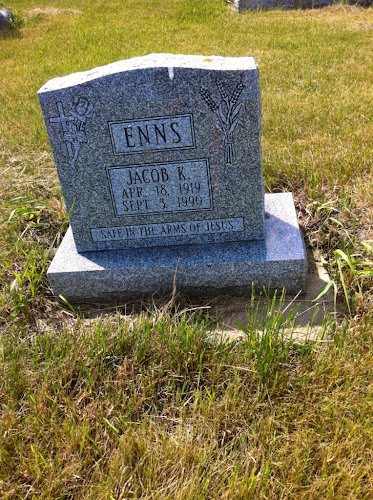 Jacob K Enns was my dad's first cousin and his closest friend. I remember Mr Enns as a very, very kind man. He had his own children, plus two foster boys named Charlie and Bertie. My sister got her first kiss in Mr Enns' hayloft thanks to Charlie or Bertie. Sadly, his wife died of cancer when the boys were maybe around 10 years old and they got moved from the home. I remember feeling so sad that Mr Enns lost his wife and part of his family, all at once. 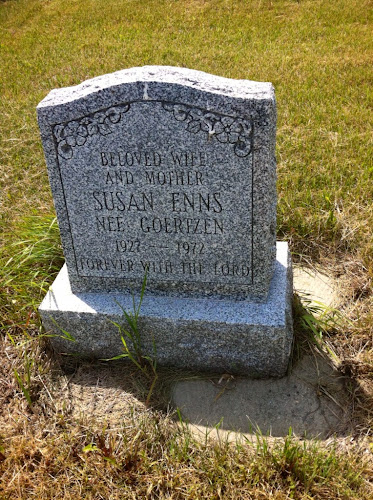 Susan Enns was the lady who died of cancer. 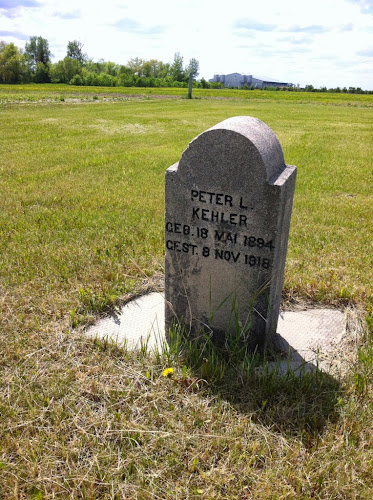 Peter (Loeppky) Kehler was my dad's mother's first husband. He came from a well to do line of Mennonites. Peter and their infant daughter Helena died in the influenza of 1918. They were building a house at the time, and living with Peter's parents during its construction. After Peter and Helena died, the father in law said- "that's still my house", and the young wife (dad's mom) was forced to move back to her own parents home, grieving the loss of her baby girl and young husband. 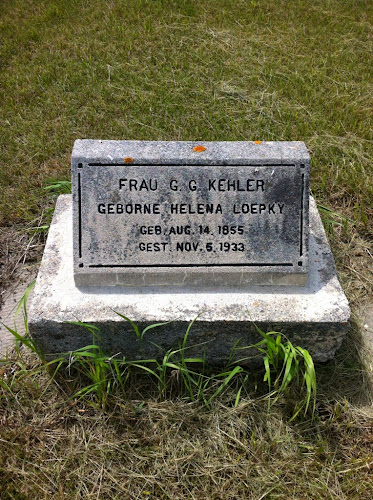 Helena Loeppky Kehler (Frau g. g. Kehler) was my dad's mother's first mother in law. I wonder how she felt after her son and granddaughter died and her daughter in law was sent away homeless and sad.

Elsewhere in this graveyard are unmarked graves, one of which is a mass grave of children who I believe died either of the flu epidemic of 1918, or of diphtheria. 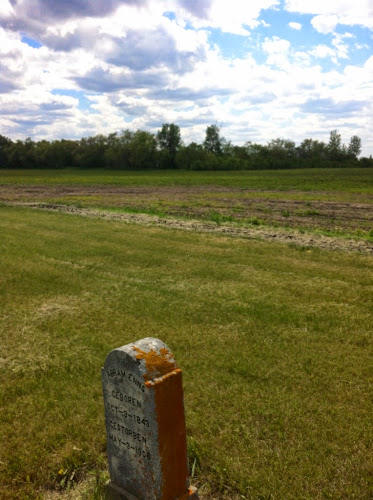 I took this picture because the row of trees in the backyard border the farm that I grew up on. Dad's farm, and his Uncle Martin's farm before him.

The farm is no longer in the family.

I drive by at least weekly, and crane my neck to see the tree I climbed in summer, the lawns that I so carefully mowed, and the house that I called home for so many years.

Posted with Blogsy
Posted by joyce at 9:50 am 7 comments: