It's a name we didn't know a week ago.

Now hearing the name evokes deep emotion whenever I see it in print or hear her name spoken.

"Lisa Gibson" has become a news story.  But more than that, she has become a somebody to so many who never had a context in which to know her.

Every day, I think of Lisa's husband.  Her mother, her dad, her aunties and uncles, her cousins, her co-workers.
Her friends.

And I wish I could let them know somehow.  That at night I dream of the river, and by day I think unspoken prayers for everyone who loved her, Anna, and Nicholas.  I want them all to know how many people are not sitting in judgement, but identify, feel the pain, know the impossible amount of resources that small people require of us.  That many of us understand the indescribable frustration of mental illness.

I worry about how many people will be quoted saying all the entirely wrong things.  I worry about the journalists who will publish those comments.  I worry that the family will think no one understands, that everyone condemns.

And I want them to know that this is not true.

I do know that I can't do nothing.  I do know that they'll never read the minds of all the people who are standing with them with compassion.

So on Thursday, August 1, at 7:30, I will be at The Forks.  I will bring a candle to light in the memory of Lisa and her children.  Together we will carry white flowers to float down the rivers dark current in memory and in honour of Lisa Gibson.

(Please read this post by my friend Karla Penner.
http://karla-hideandseek.blogspot.ca/2013/07/for-lisa-gibson.html

Then read this one:
http://karla-hideandseek.blogspot.ca/2013/07/for-lisa-rest-in-peace.html 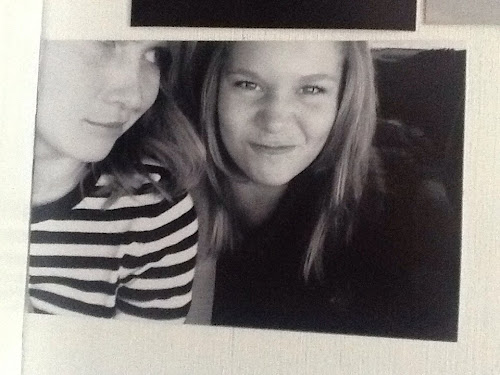 My second daughter. When you were born, I was so happy. When we started our family, even before you were born, I so badly wanted a daughter. I so desperately wanted a daughter that I decided all my children were going to be sons. I decided that because I wanted to be excited no matter what. When your sister was born a girl named Arianna instead of the boy named Graham that we were so sure "he" would be, I was beyond euphoric.

Then I became pregnant a second time. I expected my first boy- the one who would become Arianna's brother. But I dreamed of sisters. My sisters had always meant the world to me- sanity, laughter, companionship, learning, shelter, safety, understanding, compassion. I wanted all that for my girls too.

You came out with a huge, ginormous scream, my baby girl. 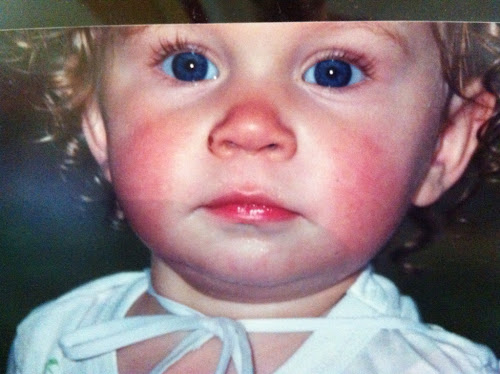 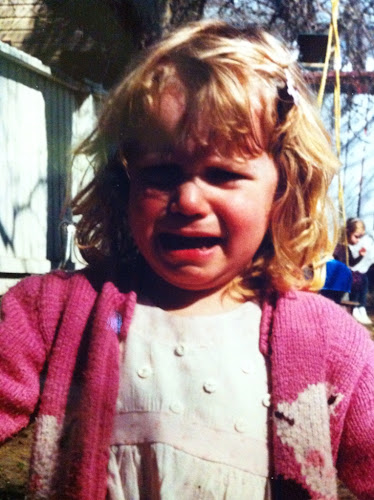 My little girlie with the tummy troubles, the soft curls, and the tender heart. 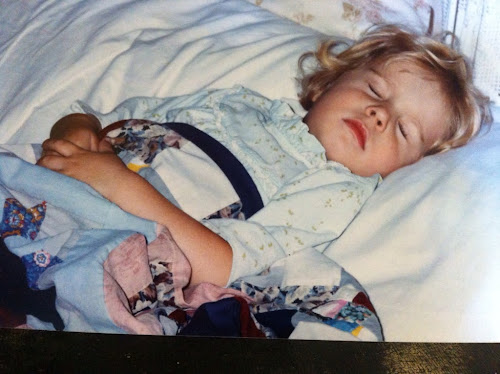 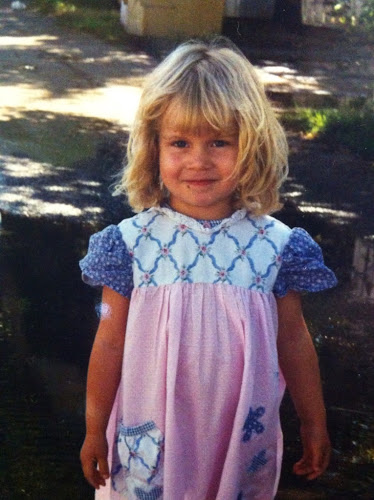 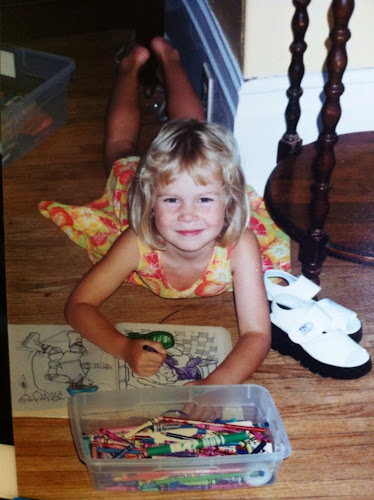 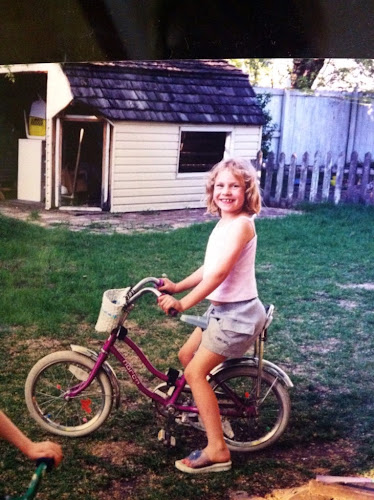 You learned to ride your bike when you were four. What an awesome feeling of freedom and independence! 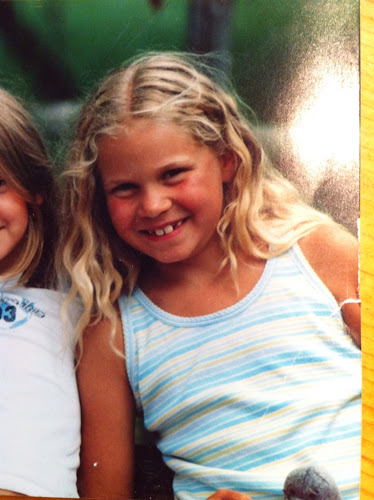 You've always been a sensitive soul- caring about people in your life, worrying about their well being. 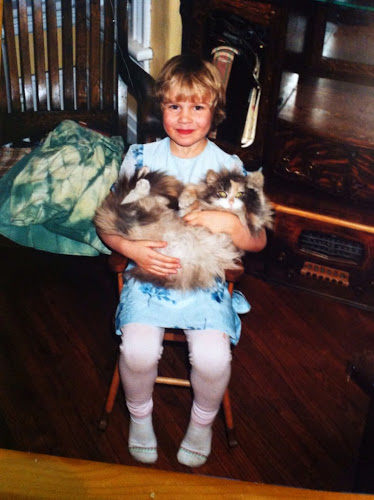 And deliciously in love with felines. Just like your mama. 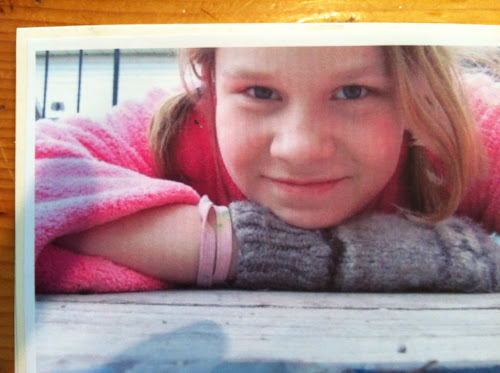 And you kept growing up. 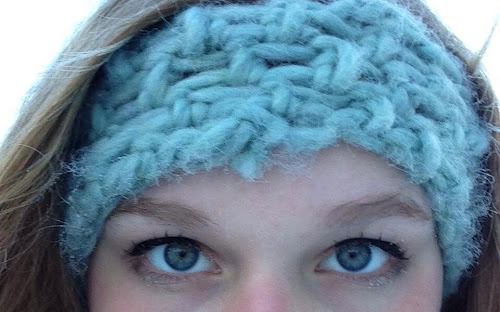 And today you got your drivers license.

There are certain events in a mother's life that feel profound. That call out to be noticed, observed, celebrated and talked about. This afternoon when you came back from your test and we heard the "pass", I felt a scene change on the stage of life.

There isn't a trip to the city that I regret taking with you. There isn't a moment of driving practise that I would take back now if I could.

These are the good old days. Right now. Every moment we choose to celebrate relationship over "rightness", every time we choose to spend our time paying attention to what would reassure our daughters and sons, and every second of our lives that we decide to stay right in the moment: these are the seconds that string into years that stretches into lifetime.

As you begin to move away from me, sweet Jane, there will always be strands that hold us eternally together.

You've made me proud and happy.

Posted with Blogsy
Posted by joyce at 6:50 pm 1 comment:

Camping: What I Didn't Pack 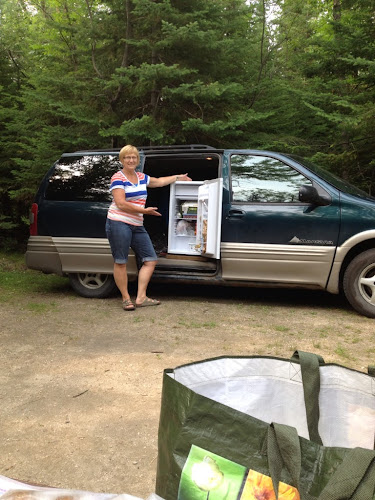 I did, however, pack a fridge. I had a whole arsenal of really bad memories of wieners and eggs floating in coolers full of melted ice, and just didn't have the stamina for that any more. 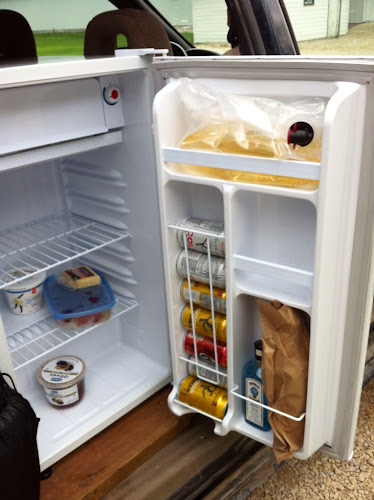 I found the fridge held all the really important elements of camping with big sisters. 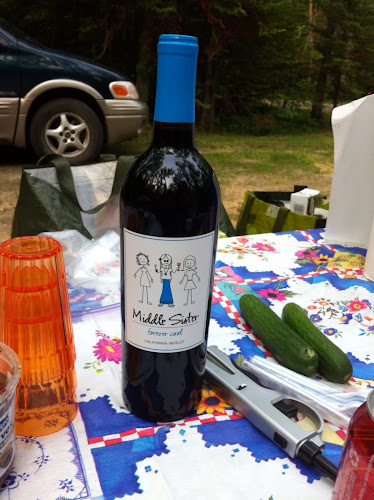 For our first camping meal, we ate Mary's home made bread and roasted chilli pepper hummus from Costco. There wasn't a single slice of meat to be found, and we were glad. We're carb-a-tarians. 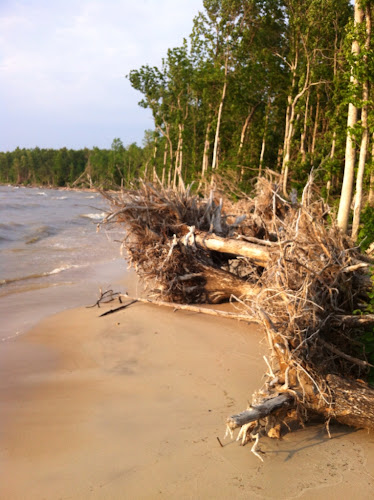 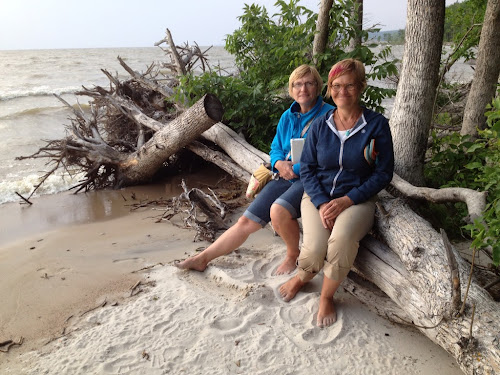 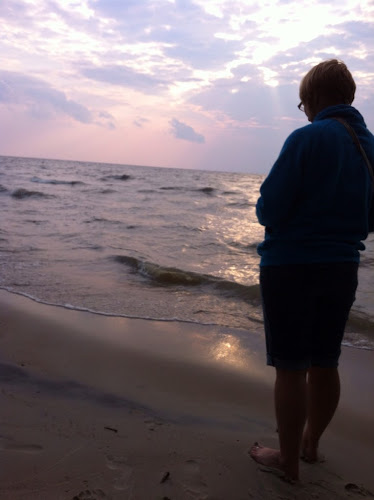 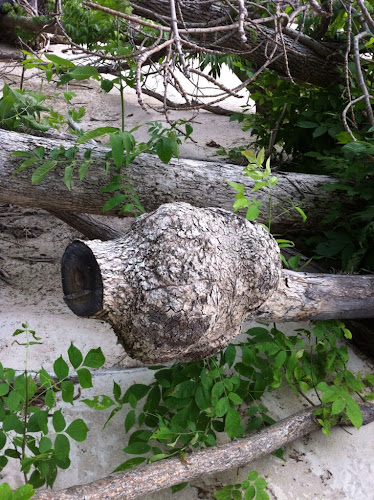 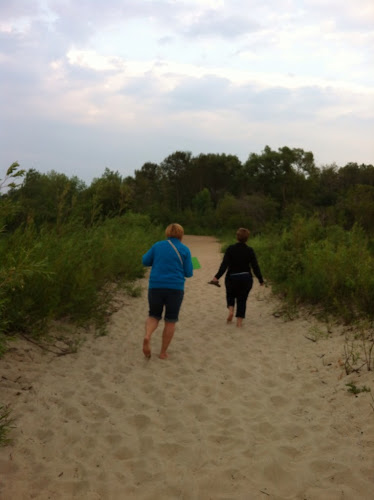 Nice sisters to go exploring with. They're nice because they accept people just where they're at. I felt really boring and withdrawn, so it was a comfort to have such marvellous, easy company. 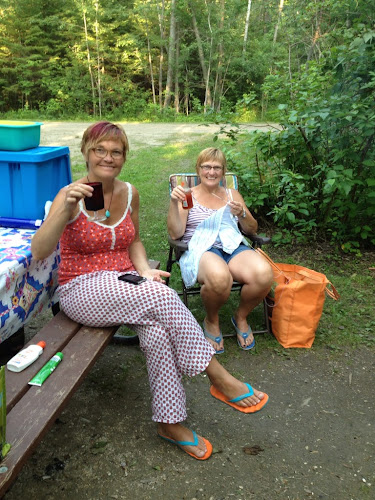 People who bring their crochet projects on a camping trip set the bar at about the right height for me to know that they won't be expecting me in 24 hour party pants with the music cranked, doing some version of the booty shake. 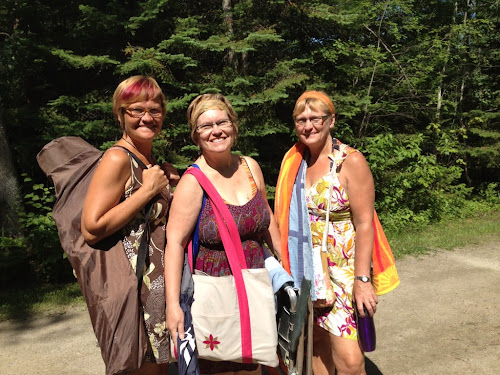 They were also really good at book reading and napping, which allowed for some very riveting beach time. 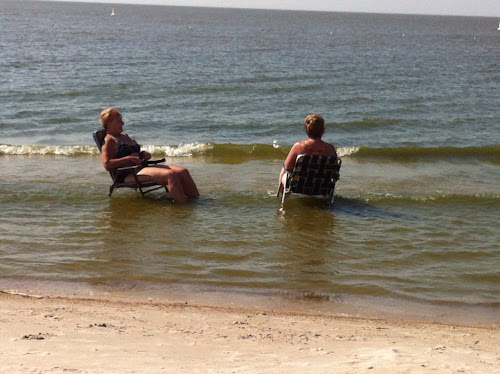 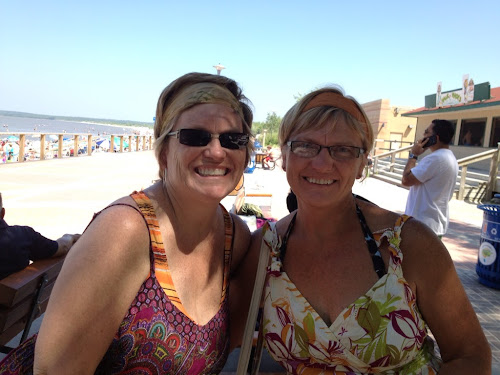 I'm lucky to have these two in my life.

I'm lucky to live close to so many beautiful lakes that are fun to explore and revisit every summer.

And we were really lucky that it never rained. We were sleeping in a tent, and I'm still in intensive therapy to get over the trauma of me and my small children trying to sleep in giant puddles many years ago when I was still dumb enough to take small kids camping in a tent. I'm so scarred that I'm not even willing to be camping with really nice adults in a giant puddle.

Posted with Blogsy
Posted by joyce at 2:40 pm 4 comments:

I'd meant to get those bags in the mail- the ones that sold off my ETSY store site while I was splashing around in Clear Lake, eating red licorice and pretending not to have a care in the world.

I'd managed some other nagging things on my "boring stuff to get done" list: the pharmacist had been phoned ("Can you please ask my Doc for a renewal of whatever medication I'm on right now for my unceasing anxiety? It causes some memory loss.... can't remember the name of it just now.....") I'd emptied out the camper of its past few summers of rif raf. I'd clipped back some daisies. I threw the dishes into their appropriate spaces. I laundered five million things.

But I hadn't gotten those bags mailed, so I dug out my stash of bags to hunt for the appropriate three.

I found two. And felt my stomach drop, realizing I'd likely sold it at a recent event but neglected to remove it from the ETSY store. ooops. 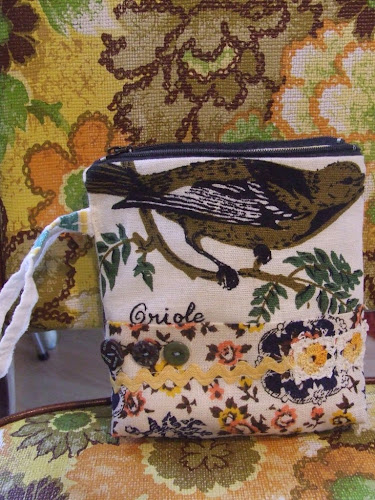 These aren't exactly reproducible. Remember that whole braggy bit about every bag being unique? Made entirely out of post-consumer textiles? Hard to find those same bits after they've all been used up.....

I panicked a little, meditated on what I failure I am, saw my life go up in flames, my store being shut down, my online reputation in the toilet.

Then I got to work. I found another Oriole. I found some bits that looked awesome alongside of it, and I stitched the whole lot together. I sent a photo to the shafted customer, apologizing and offering to send her ten thousand dollars in compensation, and to have my hair shorn in shame. Something like that.

Then because I'd already thrown my psyche into the toilet, I commenced Operation Freak Out and Fear The Worst Whilst Berating Oneself. You see, I've signed up for roughly twelve billion sales this summer/fall and have meanwhile been selling bags about as fast as I've been able to sew more. I spent some energy berating myself for not keeping up with the ETSY shop. Then moved on to some flogging about not blogging. While on that track, I mourned my identity as the Worst Blog Reader In The Universe.

I kept trying to write stuff down to get it out of my head and be able to make some sense of it, but I'd lost the ability to create a sentence. Maybe I was broken? Busted? Kapoot? Has-been? 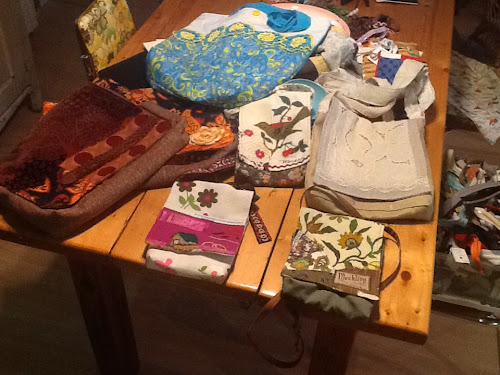 But now its eleven hours later. The make up bag has passed ETSY inspection, and my fragile reputation is holding fast. It looks like today will pass without my seller rating plunging into the minuses.

I've been sitting at the sewing machine from ten o'clock this morning until nine o'clock this evening and there are seven bags to count as inventory.

My head is a busy place. Sometimes I have trouble being fully aware of the outside conversations because the shouting in my own head is rather loud and distracting. I don't need a committee of critics in the real world since I carry a whole damn team of them above my shoulders all the freaking time. 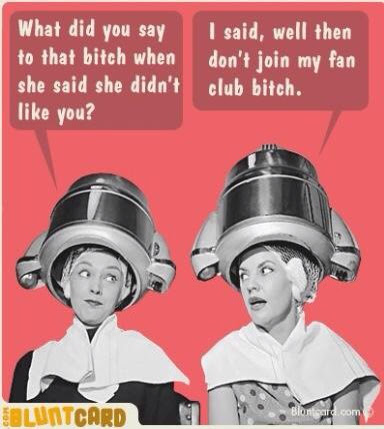 I have a firm plan to fire all the bitches in my head. It's firm, really. And when they all shut up and quit bugging me, I'm gonna evict them all. The whole committee is going OUT.

But for now, they're yelling at me to go sew stuff. That I've made promises, and only Super Bad People break their promises. They're also yelling other stuff about what a bore I've been lately, how the carpets sure do need to be vacuumed, and quite a bit of nonsense about how I have too much stuff and should really stop collecting because clearly I'm a nutcase of committable proportions.

Posted with Blogsy
Posted by joyce at 10:00 pm 4 comments: