Aside from pumpkin pie and tapioca pudding (my latest favourite comfort foods), I have no friends. No one to serve me that pudding on a tray. Or rub my feet. Or my shoulders.

I am, of course, lying. It only feels like I have never been outside of this house. (the swimming pool for kids lessons doesn't count. Neither does Superstore or McGavins Bread Basket. Or the Steinbach Arts Council, waiting for children's lessons to conclude.)

I'm sure that there are moments where I am not fighting the ever losing battle of taking everyone's crap off my counter and finding places for all their crap. I'm sure there have been days when the deck doesn't hold three bags of garbage and one bag of recycling because I fear leaving the house long enough to put them into the bins at the side of the house. (and no. I'm not afraid of leaving the house per se. I'm afraid of what myriad toddlers will do while I leave for 19 seconds.) I'm sure that eventually I will find time to put away the summer furniture that's outside rusting on that garbage- strewn deck. Did I mention that the deck is rotting? I'm sure that someday we'll make another gargantuan loan and build another deck.

Then again.
If I went out, there would likely be mirrors. I'd notice that my clothes are pathetic. My latest haircut a disaster. (and I had such high hopes...) My colour a beastly grey. (I recently bought some make-up at Shoppers. Turns out that it only works if you apply it.) I'd notice my saddle bags, love handles, and the way I walk- like a lumberjack in heels.

I'll have to limit myself to outings that include beverages.
Maybe I'll live large right now, and pour myself a water while I dash out to the garbage cans in the rain.

hmmmph. This lady needs a party.

More on that later; for now-- Keep Saturday, November 14 open.
No excuse is a good excuse.
Posted by joyce at 1:42 pm 7 comments:

Just Remember- It's Not You- It's Your Fibroid

You still never quite get used to your annual physical.

So, when you actually do force yourself to go get it done, just for the greater good of keeping the lubricant manufacturers in work; it's never good news to hear that you're gonna have a couple of additional tests.

Not on your finger or toe, either.

Enter... the internal ultrasound. *******Do Not. I repeat. Do Not click that hyperlink if you are:

I myself had always thought of the ultrasound as a warm gooey wand that got massaged around one's belly and produced the image of a wee cherubic ghoulish looking baby that you would soon become the proud mother of.

I never imagined a test in the diagnostic imaging department that would find me suppressing inappropriate jokes (does that come in ribbed?) and pretending that this was an ordinary Wednesday evening occurrence- just me and a technician in a dimly lit room. And that latex condom thingie.

I decided that my Dr was incredibly thorough. I thought it was kind of quaint that he would send me for a special test because he thought I had "a big uterus". (I've got big thighs too. Nobody ever tests me on that stuff. I also have four big kids. Big kids= big uterus.)

I sort of felt like blushing as I passed through the waiting room on my way out. None of those poor people had any idea of what had just transpired.

I phoned Brian right away. These sorts of things ought not to be kept secret- too corrosive. We decided to put the whole sordid affair behind us and launch optimistically into our future.

The next day, I returned to my Doctor. Like some sort of seedy magazine full of images of the latest celebrity caught on the beach with a cellulite dimple; he already had the report. Hard to be in denial with this sort of expediency.

But then again, I never expected to get a muffin top, dimpled arms, rolls around my kneecaps, or a tummy riddled with dimples deep enough to hide your toothbrush in.

I suppose I should be glad that the twenty pound weight gain of getting old and dimpley isn't me.

I remember back in the day when I used to have time to write.....

Dinner. With a Side of Death.

One of them is filled with chicken and carrots in a white sauce, and the other is filled with apples, sugar, and cinnamon. If you complain about the first pie, I will break your femurs. If you are good little boys and girls and eat up your nutritious, delicious chicken pot pie, you will be rewarded with another pie.

If anybody says anything at all containing the words "wow" (in a sarcastic tone) or "whatever" (in a teen tone), there will be a rolling pin thrust through one of these windows.

And, no. There are no side dishes of chicken fingers, or smiley face french fries, or salad, or roasted cauliflower, or spinach with strawberries and toasted almonds.

This crust began its preparation at 6:30 this bloody morning. There really wasn't time for any of that other stuff, and besides, going without those lovely side dishes will not kill us, whereas other certain, particular actions just might. 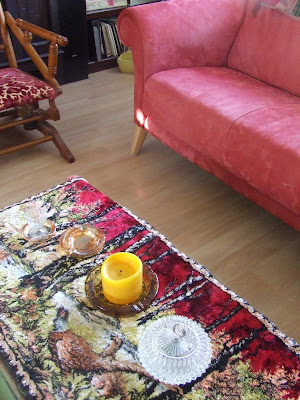 It's no secret that I suffer from a rather serious and chronic couch disorder.
I've dragged my entire marriage and family through this drama with me- currently, we are enjoying couches #9 and #10 in a long line of second hand seating arrangements. 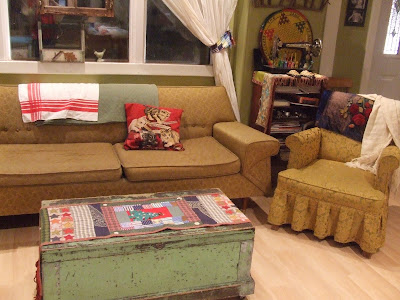 They usually start out looking not too bad.

Especially in their original, second hand context.
When your choices are flanked on one side by the awesome swag lamp, and an LP record of the Goertzen Family Singers on the other.... Well... You'll be amazed at what couches look amazingly appealing. 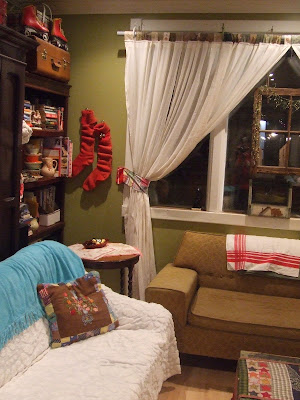 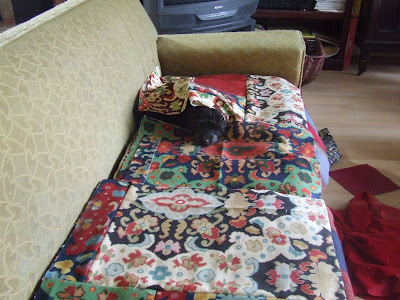 The first couple of days with the new-to-you couch seem to go well. Then the crush of the daycare, the children, the pets, and the elements begin to wear on the ancient piece of upholstery. Time to throw a blanket over it. Go for the layered look while the inner springs work their way towards the outside.
Try your hand at some reupholstery. 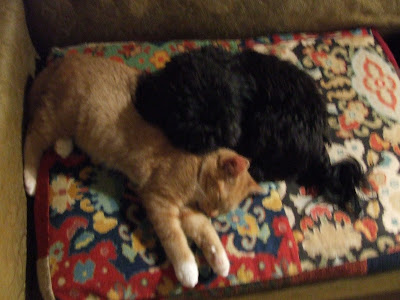 Seems to work. No one's complaining.
But nothing lasts forever, and there comes a time when all these efforts and good intentions come to an end. If you sit down and find yourself undergoing a wire colostomy when you thought you were just plunking down to watch "The Office"... Well.. take that as a sign that it's time for that drive.
Even when it means convincing your body-builder/tae-bo instructing sister to help you hook a trailer to a van when you don't even know how to drive it in reverse just so you can make an urgent trip to the dump. 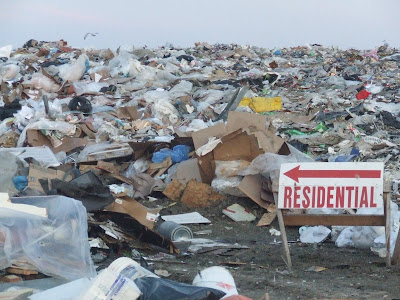 Yup. Looks like this place is missing something.
Doesn't look homey.
Or comfy. 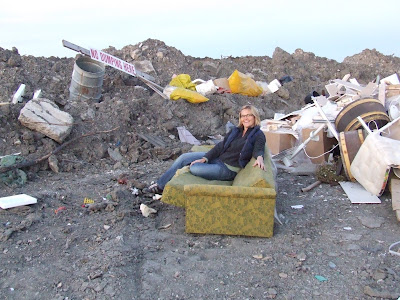 That's better....
(context can be everything.....)
sherrrrrrrrrrrrrrrrrrrr. You could go to one of those fancy furniture stores and get one of them couches that don't need replacing every couple of months.
But where's the fun in that?
Posted by joyce at 1:43 pm 11 comments: 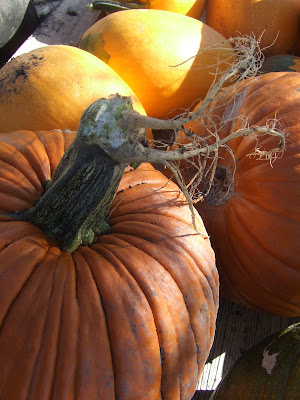 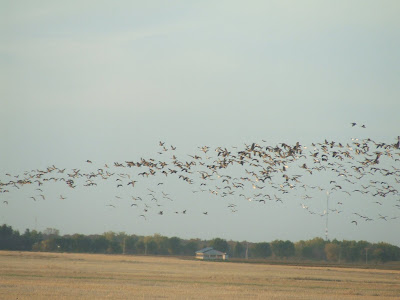 In 1963, my father was travelling around rural Manitoba, on some business for an insurance agency he worked for. He was driving his very first brand-new car and savouring autumn's colours as his car ate up the country miles.

Legend has it that he drove home to his very own farm and announced to my mom that they were "going on a bit of a vacation". It had been a good year for farming, and he could afford to rent a cabin for his young family of seven in Wasagaming; at Riding Mountain National Park. 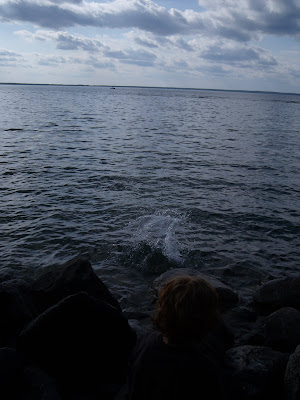 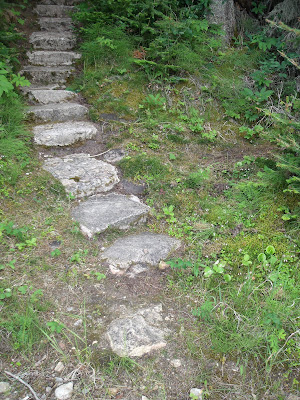 That's five years before I was so much as a twinkle in my papa's eye. The family swelled to ten- five daughters and three sons. Our autumn trip up to Clear Lake remained pretty well consistent throughout. Now we number thirty plus people- some years we rent five cabins; some years three. Our traditions have evolved and grown and shifted with the years. 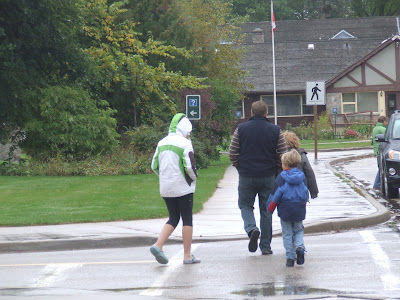 My dad turned eighty-seven this summer.
He was younger than I am now when this tradition first began, and I think of it all now from the angle of being a young, busy, easily distracted parent of a busy and demanding band of children.

He couldn't have known what he'd first begun back in 1963.
Remarkable, isn't it?

Does Anyone Else Do This?

Eat a lunch that you know will give you that emptyfull feeling, even though you've done it a hundredmillionandfortyfour times before and regretted it?

A white bun with plum jam and cheddar cheese, followed by two chocolate chip oatmeal cookies and a reese's peanut butter cup is not part of the daily recommended dosage of useless calories for any active woman.