Yes, I Have Been Abducted by a Band of Traveling Gypsies; Thank You For Asking

And our router quit working. MTS took a month of Sundays or so to get here, and I meanwhile fed my internet addiction through my iphone which stubbornly sucks the information highway out of the great "Out There", much to my relief and amusement.

Its pretty near impossible to blog from one's phone though.

Besides, I've been busy. (aren't you sick and tired of people constantly saying that, as if that ascends them to some holy state?) I'm just so busy and exhausted that I must be super important, and the world will surely cease to exist if I sleep. Or watch re-runs of hoarders on netflix. Which it doesn't carry any more, rocking my world and compromising my quality of life.

So instead I've gotten busy watching my daughter not play volleyball with her team; instead observing her head descend lower and lower into her abdomen and me helpless on the sidelines, wishing desperately that she was three again and throwing a tantrum so that I could just wait for it to be over, gather her up in my arms, and read her a story book. Now I can't read to her, and most of the things I say are stupid, ignorant, irrelevant, acusational. And by this I mean that saying "Dinner's ready" amounts to all of the above.

They never taught about this stuff in prenatal classes. Although its fair to say that they spent a few sessions on breathing techniques, which I never caught on to. They reminded me of aerobics, which always sends me rocking straight into my happy place, hands clenched in balls covering my eyes, waiting for the badness to go away. I should have probably paid better attention because lately I've been forgetting how to breathe for brief moments and that just doesn't feel sustainable.

Thankfully, I have been taking a sort of correspondence course that's been coming in handy, no thanks to lamaze in 1994. Its me corresponding with me, and a thousand or two books and wise women that I've exposed myself to over the past lifetime or so. I'm still a slow learner, but there's barely calculable progress, making it invisible to the untrained eye.

I am learning to take my time. I always want to rush to the part where its all better, and I scramble around trying to achieve that as quickly as possible, meanwhile inadvertently shoving all my anxiety and mental trash into a deep closet that bursts open later at the most inoppurtune times. The brain had become a bit of a hoarders delight, with all those closets spilling and cluttering my life when I least expect it, and costing me hundreds of dollars in ineffective therapy. So, I'm learning to take my time. To not rush to the last page, the conclusion, the relief of the end. It hurts being stuck in the middle of a seemingly endless plot, but I'm rewarded with tiny, exhilerating epiphanies, and so I will carry on.

It is what it is. At times it feels terrible, but it will not destroy me.

What is destroying me slowly is this early onset winter. I think we've been largely stuck indoors for four weeks now, seeking shelter from rain, winds, snow, and heavy general blighted greyishness. Its a good thing my husband is brilliant and talented and I have a very pretty basement to become depressed in. My sad despondant feet can rest on soft carpet; my eyes can be soothed by pale blues and yellows, and all that indoor toy clutter can be tidily stored on shelving come quitting time. This is going to make my annual winter induced psychosis So Much More Fun!

In other happy news, the thrift shop has begun to put out Christmas decor. I may have found just a few pretty old ornaments which I shared with my sister, knowing full well that I'd lose half to the cat's paw or the childrens' sticky fingers anyway. May as well do a preemptive strike and lose half to someone who'd actually appreciate it. I've found my head bending towards the blissful thoughts of Christmas decorating, gift-buying, brandy-infused chocolate, and the return of my eldest daughter for a few weeks. I'm lucky to be one of those people who doesn't get depressed when all the normal people do- I really like Christmas. Family and all.

Speaking of family; thank goodness for my 14 year old son. The MTS guy finally arrived this morning. I badly didn't want to look like the the adult in charge, because I was pretty sure I'd look like a noob when he would tell me things about routers and bites and cables, filters, blah, blah, blah. And that's pretty much exactly what happened. He brought us a new router, and I showed him some Apple product booster thingie that Brian had bought and asked him about that, hoping he'd make it do tricks or vacuum, or whatever it is that gadget is supposed to do. He said he wasn't trained on Apple products and only handled MTS products. So he did his thing, "explained" some stuff to me (I did a lot of nodding, but not understanding the language, didn't really absorb a lick of it), then showed where I could plug my laptop in so that it could access the internet. So, I did understand that we didn't have wireless, but we did have internet. I attempted to communicate this to the husband over text, without any of the correct language.

Son comes home for lunch, walks into the computer room, plugs in Apple thingie and reattaches the cord-a-ma-bobbers that used to be attached to the old MTS router.

Fourteen year old sons are handy to have around. Even the ones who don't have any formal training in Apple.

Posted with Blogsy
Posted by joyce at 4:23 pm 4 comments:

A Little of What I Learned This Week

There's other stuff I learned this week, but I can't remember it because my brain sucks.

What about you- learn anything you dare to share? 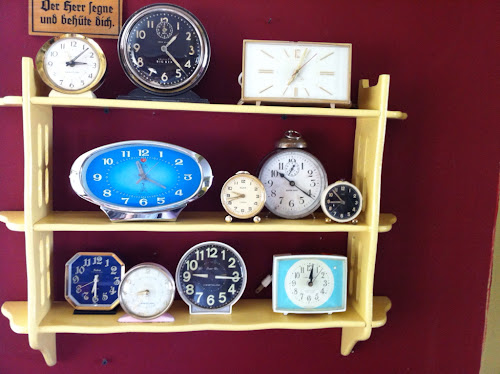 I want to write.

About the ground turning soft and people sinking.

Losing the babies, and floating between the buildings on bits of debris.

About survival and loss, and maybe finding something with the appearance of stability. 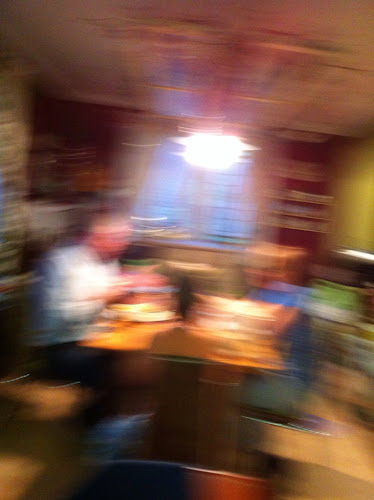 Today I will make turkey sandwiches, hand out pumpkin muffins.

Talk about potties, puppies, taking turns, loving and accepting each other.

I will take out the garbage, prop up the deck, drive Jane to a babysitting job.

I will count heads, wipe bottoms, dream of intense coffee with trusted friends.

It will be good, honest, eternal work.

And I will dream

Posted with Blogsy
Posted by joyce at 10:56 am 3 comments: