She Becomes Fixated On Things She Doesn't Get

(and risks further alienating herself).

I don't get it.  I don't think cupcakes taste good.  They're too sweet, too light, too frosted, no substance and leave you feeling light-headed and craving bacon.  And I really don't get the whole hubbub over decorating these little cakes with the precision of a neuro surgeon. 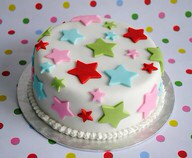 Fondant icing.  Apparently it's edible, but WHY?  May as well coat your arteries with toys from Dollarama if you want to eat over-colored non food.  (or take a bite out of your dog, Michele...) 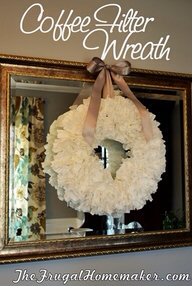 You'll be ripping it apart in about five minutes anyway when you remember that you should have saved some for your fifth pot of morning coffee.

The whole THING surrounding women's underwear.  There are entire stores dedicated to the same.

I like a simple approach: wear the cottons that I bought for my daughter a few years back that didn't strike her fanciful fancy.

Buy an overpriced, artillery style bra annually and wear it until the band is so trashed that it could possibly double as a wraparound skirt.

Never go into lingerie shops since you'd have to take off a whole lot to try something on.  And they'd likely have mirrors.

Yes, I may be on a destructive rant here.  And it just might not end soon.

soooo get this especially the bit about the little bits of underwear. I had to buy my daughters last week little tiny bits that cost me way too much. I was fully intending on upgrading my supply than suddenly thought my shabby shapeless cotton wonders were still good for a little longer. It always comes down to panties or groceries and groceries always wins
Rosa

p.s. Can you please post more of these? Make this a series, perhaps? I would like that a lot.

I'm going to make that coffee filter wreath! Our new coffee maker uses the weird shaped brown ones and I have HUNDREDS of those white ones left. EVEN after making dozens upon dozens of snowflakes out of my stash.
Or, maybe I could fashion some of them into disposable underwear.., or diaper liners.., (well there goes my wreath)...

There are a lot of bad cupcakes out there. I could make you a good one. Too many of them are too dry. I believe that is the problem.

And fondant icing... I am SOOOO with you. Reminds me of FIMO clay. I can't bear a cake with fondant because I KNOW I couldn't eat it. And people do weird stuff with it, stuff icing should not be able to do.

I will stop now.

Love cupcakes. Instant, massive sugar hit ...and it's pretty to look at (in those few seconds before I stuff the whole darn thing in my gob...before reason can take over and count the calories.)

And blimey I wear plain black cotton knickers and plain white sports bras. When I remember to put one on (bra that is...I never forget to put my knickers on). Nothing sexy or glamorous about my undies. Much to hubby's regret.

Karla, you have so much to learn. The ratio! Think of the animal cracker or the multigrain Cheerios. Heavy on carb, hint oh sweet. Crunch. Cake? No texture, too much sugar. Get it? Stay with me here.

Judy! The special thing about this wreath is that you can dismantle it and repurpose it which puts you back in the cool club! And when you make the filter wreath, I want to be the first to see it. I'll be your biggest fan.

Michele, it's true about the dry. It's like colored shredded paper underneath brightly colored whipped sugar. Yuck.
And fondant. When it's possible to create an entire wildlife scene atop a cake, someone has lost their focus. And appetite.

Wendy, if you want to bring hubby the wow factor, just wear the cupcakes. Everyone gets happy.

I'm having so much fun with this. I am actually laughing loudly at 6am.. I wonder what things I will think of to complain about today?! Ooh, I get shivers just to think of it.

Unlike the rest of you gals, I totally get the pretty undie thing...the lacy bras, the colorful panties in bold hues, tartans, polka dots. They are like your best kept secret cause no one knows you're wearing trashy, brothel-worthy clothing except you. What I am still searching for after all these years is a pair of pretty underwear that don't creep up your butt. There's nothing less sexy than being caught yanking them out when you think no one is looking.

I too LOVE pretty tiny undies. And pretty bras - but they don't have to match - way too much work. Catching a running glimpse of my daughter's perfect bottom in those tiny undies has taken my breath away - glad she is not a model, showing the world.